Over the course of the game, players construct columns of varying heights to help build roads for their cars to drive on! First player to get all of their cars on the road wins!

Over the course of the game, players construct columns of varying heights by using the 88 squat gray and yellow pillars in the box, then connect those columns with sticks that serve as roadways, with the column you create usually not being the same height as the one it’s connected to. When you place a highway that passes under or over an existing highway, you get to (carefully!) place a car on that highway. Place a highway that both goes over and under other highways, and you can place two cars!

The yellow cylinders allow you to create a column the same height as another while also allowing you to fork the roadway to create more twists and turns.

The first player to place all ten of their cars — with or without using tweezers — wins! 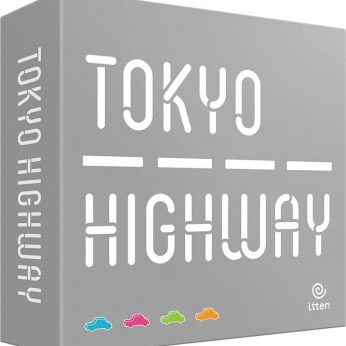